2015
A solo exhibit of works from the Relics of Marriage series was shown at the Umbrella Arts Gallery in New York City from April to June, 2015. 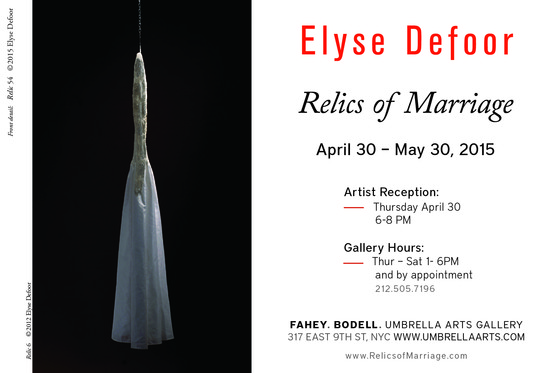 Don’t Take Pictures
Defoor’s beautiful images of wedding dresses for her series, “Relics of Marriage,” rely on stark contrasts between the luminescence of the dresses and a dark void surrounding and behind them. The images glow, but they do not romanticize. Something lost hovers over them. Something desperate, and you get the sense that whatever remains of the marriages they represent, they can’t return to something left behind. The images evoke yearning for lost union, emblems for lost, if not unrequited, love. 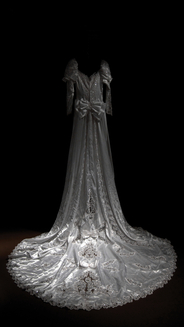 2012
The article below is published in the 2012 June Issue of BuckHaven Lifestyle magazine. 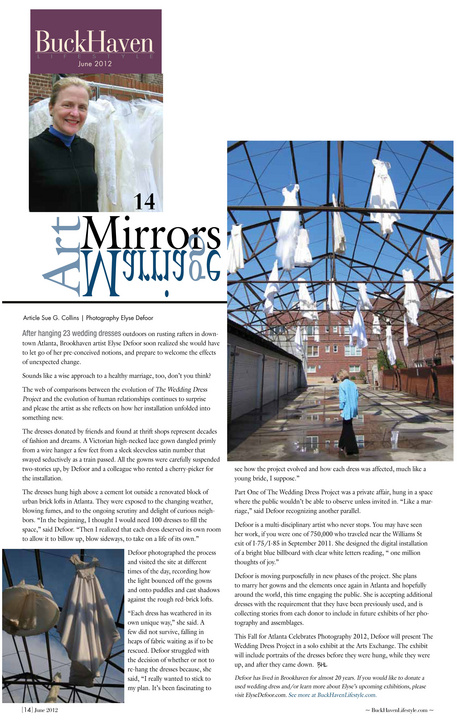